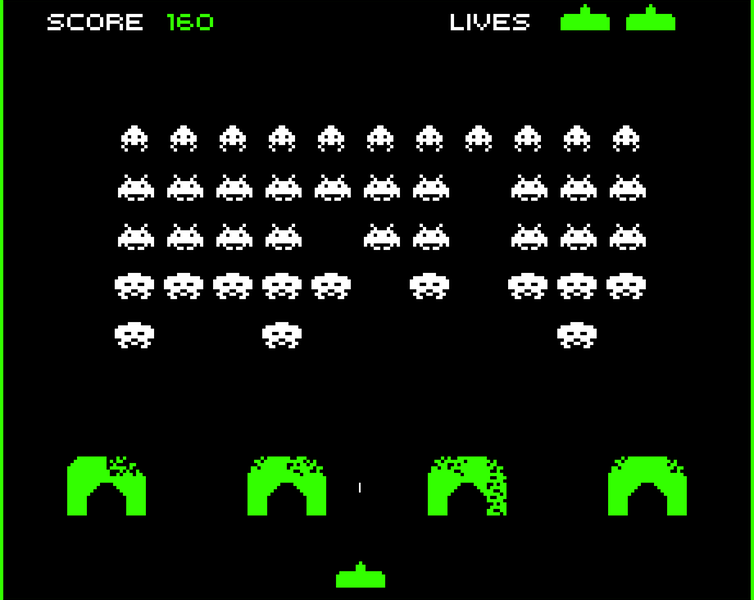 The arcade genre is one of the oldest in the gaming industry. Atari were the champions of this with titles such as Pac-Man, Space Invaders and Donkey Kong. There are so many arcade game types I have not listed them all here. Arcade could also describe the style of the game, so you can have arcade driving sims, arcade first person shooters etc… 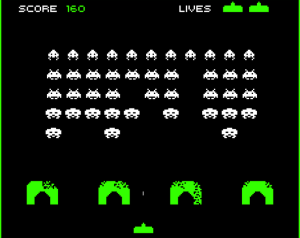 The king of this genre is Space Invaders where you have a single screen and the alien enemies move towards you as you move left and right. Other variations include games like R-Type where the player can move up and down and the enemies and the screen move from right to left. The idea in both games is to shoot at alien spacecraft and creatures with a limited number of lives. 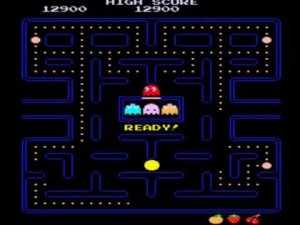 Pac-Man is the champion here, where you play as a simple sphere with a mouth eating dots, fruit, power pills and ghosts, that chase you around a fixed maze. Other variations include QBert where you have to jump on every space on the board while being chased by enemies. 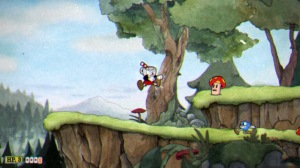 Mostly side scrolling, where the player runs from left to right shooting enemies and getting to the end of the level. Very similar to the platforming levels like Super Mario, but without the platform jumping, and a lot more enemies that generally fire at you. Modern examples include Cuphead. 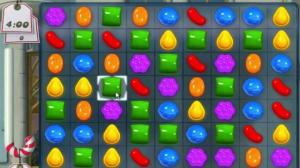 The idea here is to select 3 tiles with the same image to remove them from the board.Your aim is to clear the board, or collect enough points to get to the next level. The most popular version of this is Candy Crush 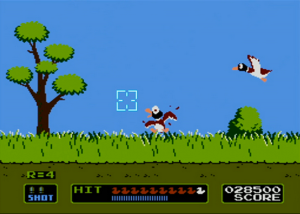 Duck Hunt and Whac-a-Mole are all examples of this. You shoot at objects that pop up on the screen to score points. This also covers clicker games where you have to click on an object multiple times to progress through a series of achievements.

8 Bit style
As these games come from an era where they were played on arcade machines (we are talking 20th Century) the style of these games tends to remain in the simplistic 8 bit style both graphics and music, however some games use game mechanics that firmly place them as arcade, but use 3D or even VR.

Score boards
An arcade game is competitive, and a scoreboard with players scores are often prominently displayed before and after you play. In the case of home consoles, these games contained fictitious player names in the scoreboards to simulate a scoreboard from an arcade machine.

Child friendly
Most arcade games feature kid friendly characters and gameplay. It is unusual to see an 18 rated game in the arcade genre.

Can I make these in Dreams?

Totally can. Dreams can be made with a scoreboard, and you can make any type of arcade game in Dreams. Due to the restrictive nature of games from the 80s, you should be able to make an arcade style game in Dreams without worrying about the thermometer as you will be using the same shapes over and over.