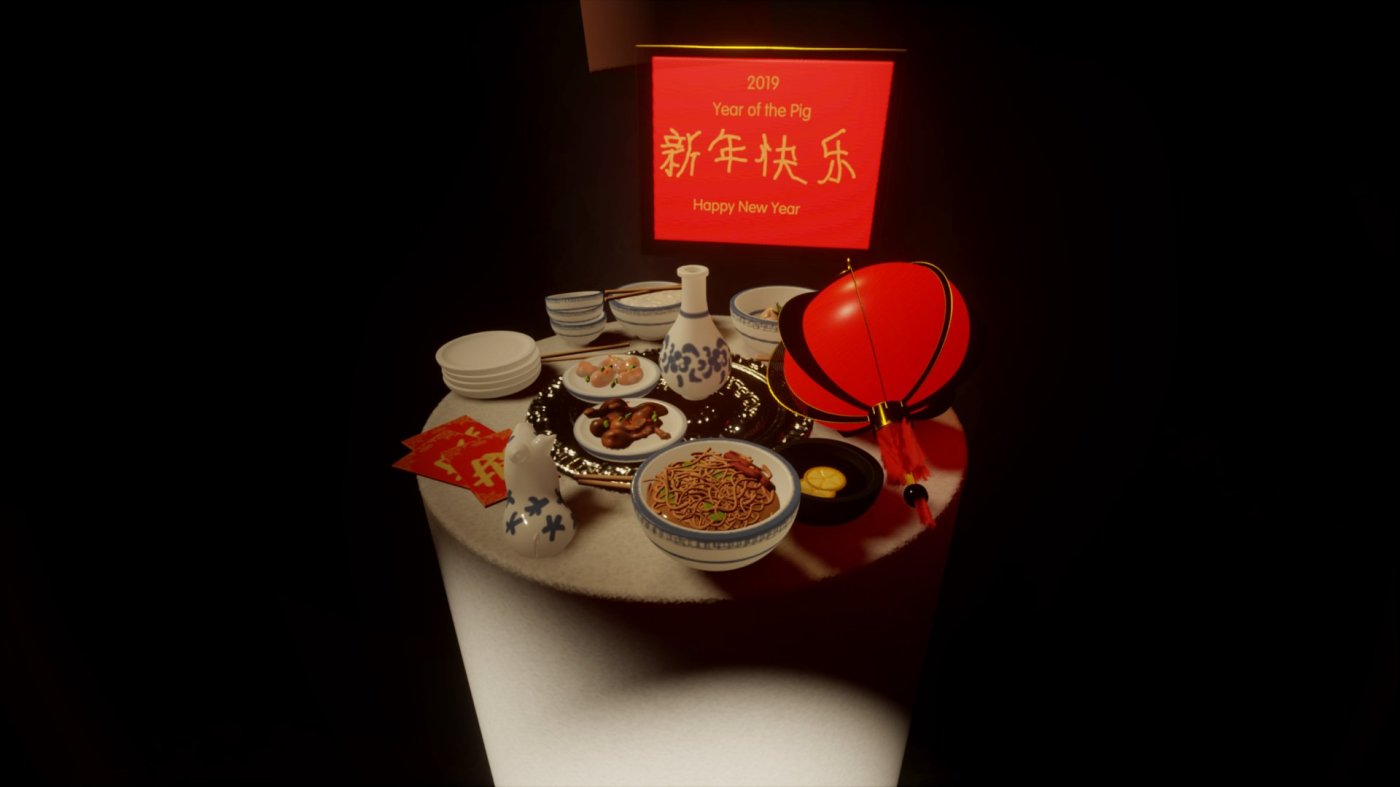 The first Dreams newsletter has come out since the Beta ended and I woke up that morning to a Tweet saying congrats for the shoutout in the Newsletter. Now I have published a few community articles recently which have been noticed by the Molecules so I assumed that they had mentioned it or maybe this website in the Newsletter. Cool, I thought. But I was not prepared for seeing my level picture at the top of the page and being listed as Guest Artist and winner of the Chinese New Year Game Jam. What? How?

I had seen some really great Chinese New Year levels including dragon sculptures and characters, and amazing Chinese architecture – and these were featured in the last Beta stream by MM. My level Chinese Banquet was not directly featured (though someone remixed it with a charming Chinese pig model holding a firework) so I was not expecting to be the winner of this Gamejam at all. In fact I was hoping for a top 25 at most (and not really expecting that).

My level was literally a table of food with a sign and a revolving camera and some Chinese-esque music I composed. There was no game or animation. It was simple. But you all liked it for its real look. I must admit I was surprised, as I was making it, how well everything was coming together. Most of what I had made up until this time had a look to it that was not realistic, and was definitely on the side of cartoon. The only attempt at realism was a little tableau I made of magicians props. That was surprisingly popular as well – I am guessing people want to see realistic looking things in Dreams – something to consider if you want a lot of likes for your project.

I think the most important part of getting a realistic look was the lighting. I spent quite a long time experimenting with numbers of lights, colours of lights and position to try to create a more realistic ambience. The shiny coating is also a good way of getting realism in there – shiny things look more real somehow, and with a revolving camera you got to see things glint and shine as the lighting changed. I also did not worry too much about the thermo as I made this. It wasn’t going to house any gameplay so I just made everything as I needed to. However I don’t think it went much passed the 50% mark even then.

To win a Gamejam is really exciting. I never managed it in Project Spark (although the last Gamejam winner does feature my voice-acting I was not responsible for making anything in the game itself). After struggling to make things for weeks in Dreams, I really did not think I had any chance at all in the Beta Gamejams – If you saw the things I entered prior to this you would agree – they were terrible. There are so many talented artists, real artists, professionals who make money out of their creativity, making things in Dreams, I genuinely thought I could not compete (and that was fine). I know I can get better at it, which is the exciting bit, and although I suspect most of what I make will be under the radar, I might get the odd nod. But even if I don’t, I achieved a goal. I won (no prizes no extras) a Gamejam!  You can too, but only if you enter. You never know what people will like and vote for.