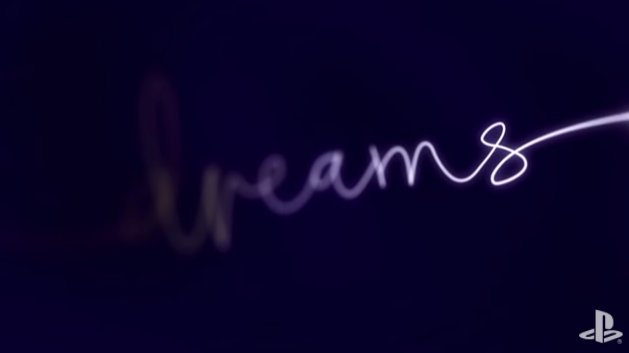 As with Project Spark before it, there is a lot of talk about how people could make money out of Dreams. Dreams will allow us to make games, so can we sell them? Dreams will allow us to make movies, can we sell them? Oh, dear. Although some level of entrepreneurial spirit should be praised, it is a shame that some individuals cannot create just for the love of it. Why make a game that is popular with thousands of people and not get any monetary compensation? Well, how about, just for the fun of it? You have fun making it, and you get a nice warm feeling when other people like what you made as well, popularity is a bonus.

There is a precedent. When YouTube first launched there was no commercial part to it, no adverts, no income. People made videos because it was fun. Now people make videos to make money, and as a result the type of content on YouTube has changed. Not always for the better. People are getting sued for copyright, and stealing peoples ideas. Creators are losing viewers because they are deemed to be unsuitable for advertising. The advertising is constant and invasive. YouTube is an angrier, more fraught place because there is money involved.

With game creation games like Little Big Planet, Project Spark and Dreams, creators will be making games and movies and other things, for fun. There is no opportunity to sell your creation. You cannot copyright protect it. You don’t own it. Check out the terms and conditions. you will find that the developer (Media Molecule, Team Dakota) own anything made in it’s games. If you are a serious game developer and you have a game idea, you are going to use a commercial product to make your game. you are not going to use Project Spark or Dreams, that would be silly. It would be like wanting to open up a toy factory selling your Lego creations. Yes, you made them, but all the bits belong to Lego, you cant sell them as your manufactured product.

Mark Healey, of Media Molecule, hinted in an interview (which I havent read so I am going on hearsay) that “in his head” he would like Dreams to develop so it could allow people to sell their creations on PSN. Some people have taken this as a definite feature that will be coming. I would not hold your breath. They have not even launched yet, it is way too early to talk about future developments that would allow commercial exploitation of your Dreams creations. There are huge technical and legal problems that would need to be solved first. That takes time, a lot of time. It is time I would rather Media Molecule spent developing the game to be the best it can be. If people want to make money out of games development then they should invest in the correct software, and train. Dreams should be for us non-developers. Dreaming should be about creative expression and not grubby commerce. I understand the desire, but those of you who are pushing for commercial opportunities within this title, please stop. There is so much for us to look forward to in this title, concentrating on the one major thing it does not do (make you money) will just cause fractious debate and Media Molecule may get pushed in a direction that could make the whole thing collapse. They are already making Dreams a lot more complex than anyone thought possible, let’s not take them down a route that only a very small minority of users want or need.